Born on December 6, 1900 in Traer, Iowa, Allen Gordon Lumm attended schools in Colorado and California before completing his B.S. in Architecture at the University of Minnesota in 1925. Lumm worked briefly in Colorado before moving to Washington state. From 1931 to 1932, he practiced with fellow architects Ambrose J. Russell and Gaston Lance in Tacoma. Together, the firm of Russell, Lumm & Lance designed many period revival homes in the Tacoma area.
Lumm received his state architecture license in April 1930, and began his own practice in 1945. He received his National Council Certificate from the Architectural Registration Board in 1959. Although he had moved to Arizona in 1961, Lumm continued to maintain his Washington architecture license at least until 1965

Lumm was an active member of the Washington State Chapter of the A.I.A. from 1942-1965; was a member of the Tacoma Architects’ Association, and served on the Board of Architectural Examiners from 1947-49. He also served on the Pierce County Planning Commission from 1952 to 1957. Lumm passed away in Tacoma on November 30, 2002, just a few days shy of his 102nd birthday.

The General Administration Building in Olympia was the first major building to be constructed on the capitol campus after the Great Depression. The building represents the significant growth of state government in Olympia, following World War II, and specifically the re-centralization of government to Olympia mandated by a Supreme Court order in 1954.  It is perhaps the best example in the State of the International style. 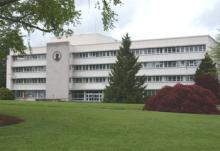 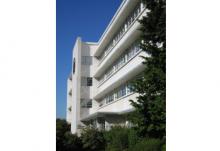 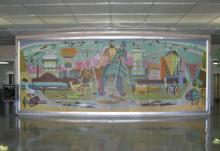