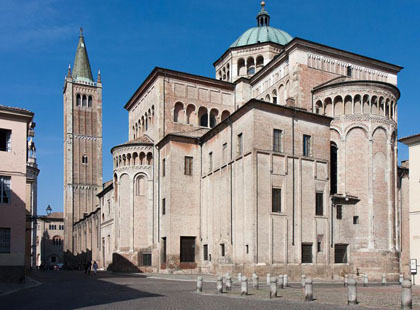 The Late Romanesque Revival style is based on architectural forms, materials and details from medieval and Roman architecture.  The original style was widespread across western Europe during the 11th and 12th centuries and is typically called the "Rundbogenstil" style.  The revival of the style in the United States, some 800 + years later, however had only a limited and brief impact.  The style was mainly used for ecclesiastical buildings, but can also be found on banks, apartment buildings, and some civic and educational structures.  Its use began in the early 1920s and lasted until about 1940.

Sometimes referred to as “Lombardy Romanesque”, the Late Romanesque Revival style is defined by a repetitive use of semi-circular arches for window and door openings.  The style also often uses corbel tables or miniature arches below the eaves and at the end of gable roofs. Other distinguishing motifs include prominent belt courses that define the horizontal lines of the building and the use of different colored siding in layers on the first floor level. 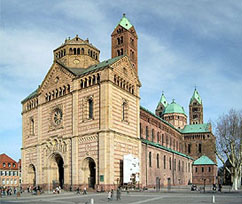