Iron had been used in architecture for thousands of years, but it became seriously considered for commercial construction in the late eighteenth century after Thomas Pritchard designed the world’s first cast iron bridge over England’s River Severn in 1781.  Cast iron was used as a structural material for commercial buildings is early as 1801, but it was not until 1851, with the design of the Crystal Palace, that cast iron construction really took off.

Manufacturers in the United States took leadership in the full realization of iron’s construction possibilities and cast iron became the material of choice in the construction of many new towns and cities.  By the middle of the nineteenth century, iron foundries could be found throughout United States.  Daniel Badger and James Bogardus were initial leaders in American cast iron construction.  In the early 1840s, Badger had founded the Architectural Iron Works and erected the first cast iron storefront in Boston.  James Bogardus constructed one of the first cast iron facades in New York City in 1848.  In 1856, Bogardus wrote one of the thesis' of the industry, Cast-Iron Buildings, Their Construction and Advantages.  With this publication and  pattern books developed by the East Coast companies, foundries soon spread the merits of mass-produced iron architecture throughout the country. 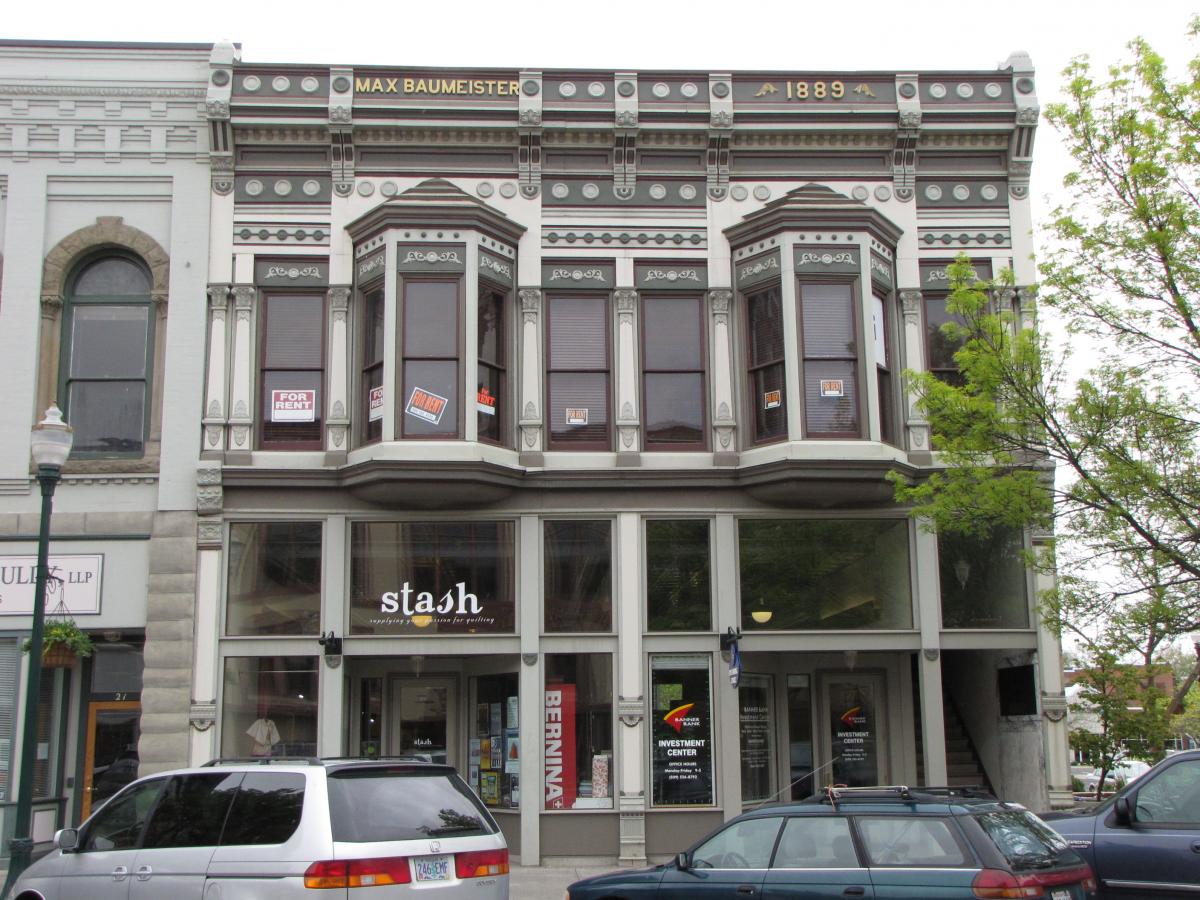 While prefabricated architectural elements were available from a number of manufacturers, no company better exemplify this niche than the Mesker Brothers Iron Works of St. Louis, Missouri, and the George L. Mesker Company of Evansville, Indiana.  They specialized in ornamental sheet-metal facades and cast iron storefront components, which were ordered through catalogs and easily shipped by rail to any interested building owner.  Their extensive product lines not only featured embossed sheet-metal panels and cast iron but also entire storefront assemblies, as well as tin ceilings, fences, skylights, and freight elevators.

“Meskers”, as they are called, are found across America even in Washington state.  Other companies provided similar designs.   Here in the Pacific Northwest examples can be found from a wide variety of companies due to the accessibility of the materials via the railroad.  Several Washington State based companies also provided cast iron storefront systems, but to date, no catalogues have been found from any of these businesses and a comprehensive survey of their work has not been conducted.

Made of galvanized steel and cast iron, these durable facades often survive, despite the occasional neglect and lack of maintenance.  While not all buildings may feature elaborate sheet metal facades, individual building components, such as cornices and window hoods, are quite common throughout the state, especially in smaller communities.

Many Main Street commercial buildings of the late 1800s and early 1900s here in Washington State reflect this widespread availability of mass-produced building parts, which ranged from individual components to entire building facades.  There are several foundaries that provided cast iron and galvanized storefront systems for buildings in the state.  These include: