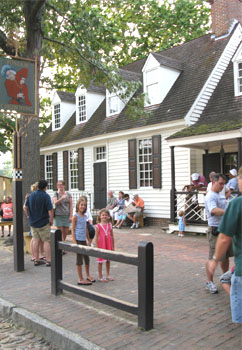 Think you're in Virginia, think again! This period revival house style can actually be found all across Washington State and is easy to identify with its row of distinct second story gable windows. Often confused with the Cape Cod Revival style, the Williamsburg Revival style should actually be considered a sub-style within the Colonial Revival Period. The style is a liberal interpretation of British, New England, and Virginia originals from the Colonial period of the 1600's and 1700's. The style was fueled by the complete restoration of Colonial Williamsburg in the late 1920's by the John Rockefeller Foundation. Home to 88 original Colonial-period structures, these buildings became the inspiration and prototype for hundreds of reproductions throughout the 1930's, 1940's and 1950's, and quickly became popular with many early suburban developers and first time home buyers. 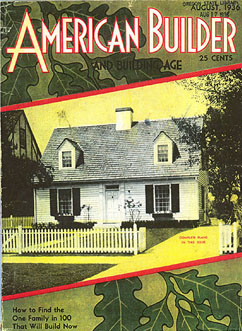 Common characteristics include a one-and-a-half story plan, steeply pitched side gable roofs, and a large chimney either centered on the ridge or located at the exterior side.  Most have a formal symmetrical façade with multi-pane double-hung windows highlighted by decorative shutters and/or flower boxes.  Most lack a front porch and instead are access by a short flight of stairs.  Examples can also be found wihch incorporate a small, simple covered stoop.  Exteriors can be clad in a variety of materials ranging from clapboard, brick and/or shingles.