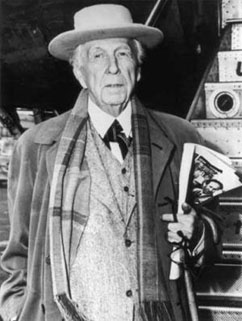 Derived from the architecture of Frank Lloyd Wright during his “Usonian” period, the Wrightian style can be found in limited quantities in the Pacific Northwest.  Wright himself visted Washington State and lectured at the School of Architecture at the University of Washington in 1931, but he only produced a handful of properties in Washington State.  Instead inspired by the work of their master, several of his students from the Taliesin Fellowship (Wright’s school of architecture) migrated to the Seattle area during the 1950s, bringing with them Wright’s unique style of architecture. Students who migrated to Washington State include: Ted Bower, John Ottenheimer, Milton Stricker, Stephen Swenburne, James Zervas, Linda Sohlberg, and Ralph L. Smith.  Others such as Clifford Dobson were inspired by the Wrightian ideals and created their own interpretations of the style.

The purpose of Wright’s school was to train architects to work with what he called “organic architecture.”  The idea was that the form of a building is not predetermined, but evolved from the requirements of function, circulation, structure, topography, and climate; as does the form of a living organism. 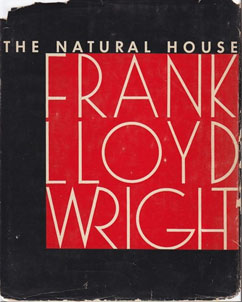 Wright laid out his theory of “organic architecture,” in the 1954 publication "The Natural House".  In it, he urged architects to respect materials for their intrinsic nature and design accordingly. It also provided prospective homeowners with ideas about where to build, how to get more natural light, the pros and cons of having a basement, and how to properly heat your home.

Some of Wright's students were more successful than others.  What was mostly transmitted was Wright’s personal style based on an emphasis on horizontality and an importance given to the roof as a character-giving feature, whether it is a series of flat slabs or pitched roofs.  In many designs, the structures plan is reflected in the elevations, which in-turn is incorporated into interior and exterior ornament.

Wrightian style buildings have dominate horizontal or vertical lines with cantilevered broad eaves.  Flat or shallow pitched roofs often have dentillated or outward projecting fascia boards.  Exterior sheathing can range from horizontal wood siding to brick, stone and/or concrete block.  When concrete or stucco is applied, it usually has a smooth surface.  Other common character defining features include battered walls, piers which taper downward towards their base, and solid balcony railings that inclined outward.