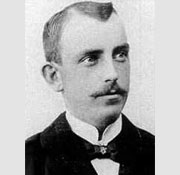 Andrew (born Andreas) Christian Peter Willatzen was born in Germany on October 8, 1876.  His father was a cabinet maker, and reportedly the young Andreas studied at a trade school in Denmark.  University of Washington student Alan Grainger interviewed Willatzen in 1972 and he stated that after serving in the German Army for two years, he immigrated to the United States in 1901 at the age of twenty-four.  After working as a carpenter in Moline, Illinois he lost his job due to a lack of work.  Since his knowledge of the English language was limited, he took a job with a German contractor in Rock Island, Illinois.  While employed there, he showed some design and drafting skills by solving on-site problems relating to the installation of an elevator.  Soon he found a job as a mechanical draftsman.  Through magazines, he discovered the work of Frank Lloyd Wright and decided to approach him for a job. He joined Wright’s Oak Park studio in 1902 where he remained intermittently until 1907. Some biographies state that Willatzen attended night classes in architectural engineering at the Armour Institute, but this has not been verified.  Willatzen entered Wright’s studio at the time when the “Prairie House” reached its peak. While there, several key works of Wright’s most fertile period were in the design process and/or were under construction.  These included the Larkin Building and houses for Susan Dana, Daniel Martin, Ward Willits and Edwin Cheney. Willatzen claimed sole responsibility for the design of the fence at the Larkin Building (1904), and for the ornament of the 1905 lobby remodeling of the Rookery Building in Chicago.  Reportedly he also worked on the interiors of Willits House (1902), the Dana House (1903) and Martin House (1904).

After an enviable apprenticeship as one of Wright’s draftsmen in company with George Willis, Isabel Roberts, Cecil Barnes, Walter Burley Griffin and Barry Byrne, Willatzen left the studio and took a job at the architectural firm of Spencer & Powers (also proponents of the Prairie style). The job paid twice the salary. After a short stay there, he moved again to the office of Pond & Pond.  At the time both firms were doing innovative work and had offices in Steinway Hall in downtown Chicago.  Wright was also renting space there. The various architects all were members of a lunch club named the “Eighteen” at which architectural theories and problems were discussed. They spent time together at various events sponsored by the Chicago Architectural Club. These years were formative for Willatzen and shaped his early independent architectural career.

For reasons unknown, Willatzen moved to the Pacific Northwest in 1907. He initially took a job in Seattle working for architect Harlan Thomas, but shortly thereafter moved to Spokane and took a job with the architectural firm of Cutter & Malmgren.  They sent him back to Seattle to supervise and manage the construction of the Seattle Golf & Country Club (1908) in The Highlands, an exclusive gated neighborhood north of Seattle.  When Carl Nuese left the firm in 1908, Willatzen took over his responsibility as chief draftsman.  The firm had already begun some design work on a large estate for Charles H. Clarke also in the Highland neighborhood, and Willatzen was assigned responsibility for the design.  However, he possessed a design philosophy which differed from Kirtland Cutter, and by this time he was ready to branch out on his own.  That winter, Willatzen convinced his former colleague, Francis Barry Byrne, to move to Seattle and form a partnership with him in January of 1909.

Called “Frank” by Wright, Francis Barry Byrne was born in Chicago on Dec 19, 1883 and had no formal architectural training.  He joined the FLLW’s Oak Park studio in 1902 where he became friends with Willatzen.  Byrne, along with William Drummond, Marion Mahoney, and Walter Burley Griffin, were the members whom Wright entrusted to take his house and building sketches to working drawings and to complete the construction. Byrne is credited (sometimes referred to as the “architect of note”) for Wright’s Peter A. Beachy House (1906) and the Unity Temple (1908), both in Oak Park, Illinois; as well as the Frederick F. Tomak House (1904) and the Coonley House (1912), both in Riverside, Illinois; and the Edward E. Boynton House (1908) in Rochester, New York.

Willatzen and his new partner retained the Charles H. Clarke commission and revised plans for that commission. Under their leadership, the Clarke design achieved greater consistency, and design atheistic in towards the Prairie style.  The commission also lead to other Highland commissions; including a grand Prairie style estate for A.S. Kerry (whom Cutter & Malmgren had previously planned a chalet). Initially Cutter & Malmgren agreed to give Willatzen & Byrne responsibility for their Seattle work, but this attempt to set up a branch office did not work and the new firm branched out on their own.

Between 1909 and 1913 the partnership realized more than fifty residences and commercial buildings in the Seattle area. Using their skills from working with Wright, the new firm began a series of homes adapting Wright's principles of the Prairie style to the Northwest environment.  Among these were the L. George Hager House (303 W Prospect St.,1913); the George Bellman House (2021 E Lynn, 1912); the Frederick Handschy House (2433 9th Ave, 1909); Oscar E. Maurer House (2715 Belvidere Ave, 1910); and James McVay House (1025 Belmont Pl, 1911). They also designed a variety of business, commercial, and industrial structures as well as at least three church structures.

Reportedly differences in opinion led to a mutual agreement to dissolve the partnership in February of 1913. Byrne then moved to southern California where he lived briefly with Wright's sons, Lloyd Wright and John Lloyd Wright. In 1914, he returned to Chicago at first to manage, then, take over the practice of Walter Burley Griffin who had moved to Australia to develop plans for its new capital city, Canberra. By 1917, Byrne was practicing under his own name. He briefly served in World War I, and then returned to Chicago. Byrne's style developed independently of Wright and the Prairie School and he moved toward greater simplification of forms.  In the 1930s, he moved to New York, but returned to Chicago after 1945. Byrne partially retired about 1953, but continued to accept commissions until his death on December 17, 1967. 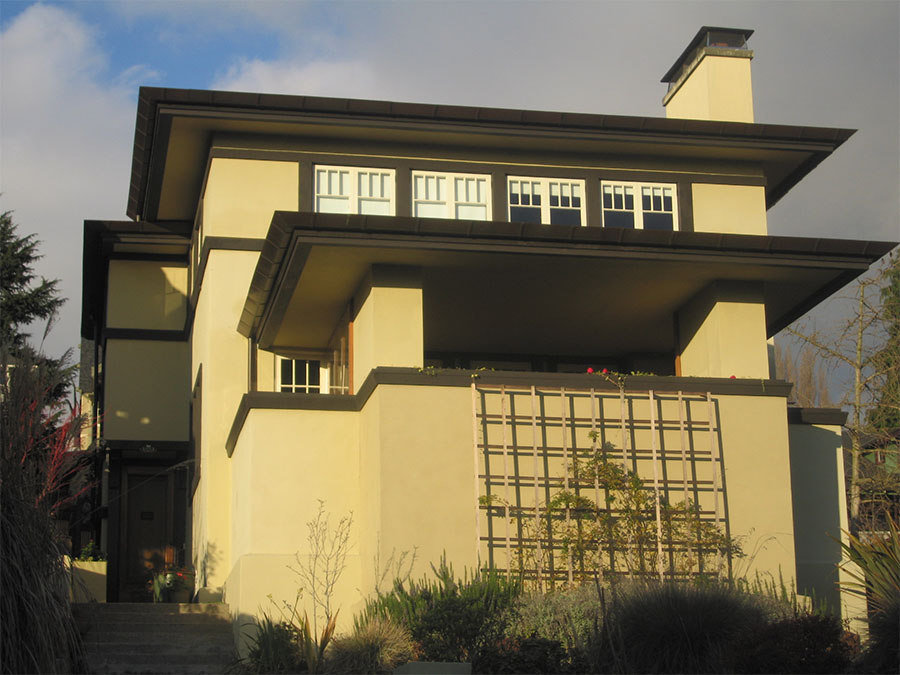 From 1915 until the 1960s, he was the architect for several alterations to the Pike Place Market.  He changed the spelling of his name to Andrew Willatsen around 1923 because of anti-German sentiment after WWI and thereafter emphasized the Danish side of his heritage.  He continued to design buildings until his "retirement" in the late 1940s. His last years were spent managing the apartment building he owned, studying philosophy, and producing an occasional design for a friend or old client. Willatsen died in Seattle on July 25, 1974 at the age of 97.

Before his death, Willatsen donated his papers, drawings, furniture, and an art glass windows he designed in 1915 to the University of Washington.  These magnificent windows are installed in the Architecture Library in Gould Hall, and Willatsen’s table and chairs can be found in the University’s branch office at the Palazzo Pio in Rome, Italy.