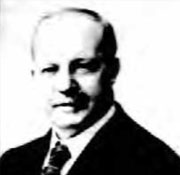 David S. Dow was born into a large family on June 19, 1855 in Braehead, Scotland, east of Glasgow. Along with several of his brothers, David learned carpentry in Glasgow, and immigrated to the United States together around 1875. David and his brother Matthew first moved to Forth Worth, Texas, where they founded a contracting firm. They soon moved to Belton, Texas, where they constructed buildings for Baylor Female College and the Belton courthouse. The brothers' parents and seven of their siblings joined them in Belton. In 1888, David married Mary Powers. 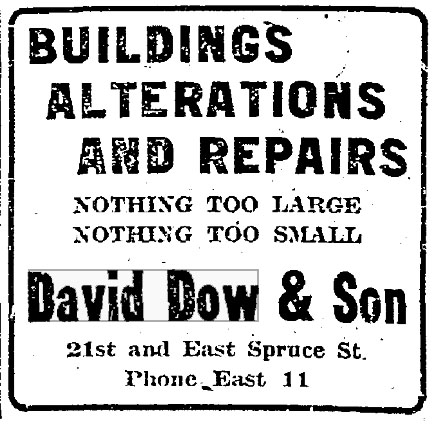 Unlike his contractor brothers, David Dow promoted himself as both an architect and a contractor, and designed and constructed many buildings as a sole practitioner. His best known individual work outside of his brother’s contracting firm was the Cataract Building for the Snoqualmie Power Company, now known as the Furuya Building, built in 1900. Others include the upper story of the Eitel Building (1907, William Van Siclen), and the Eastern Hotel (1911).

Dow was known to have constructed several buildings in the International District. There are records of his work for the general merchandise Wa Chong Company, although he probably worked for others in the area as well. The first building he constructed for Wa Chong was a three-story building with a basement on Main Street between Fourth and Fifth avenues (1902, demolished). In 1911 he designed and constructed the aforementioned Eastern Hotel for Wa Chong, located at 506 Maynard Avenue S. 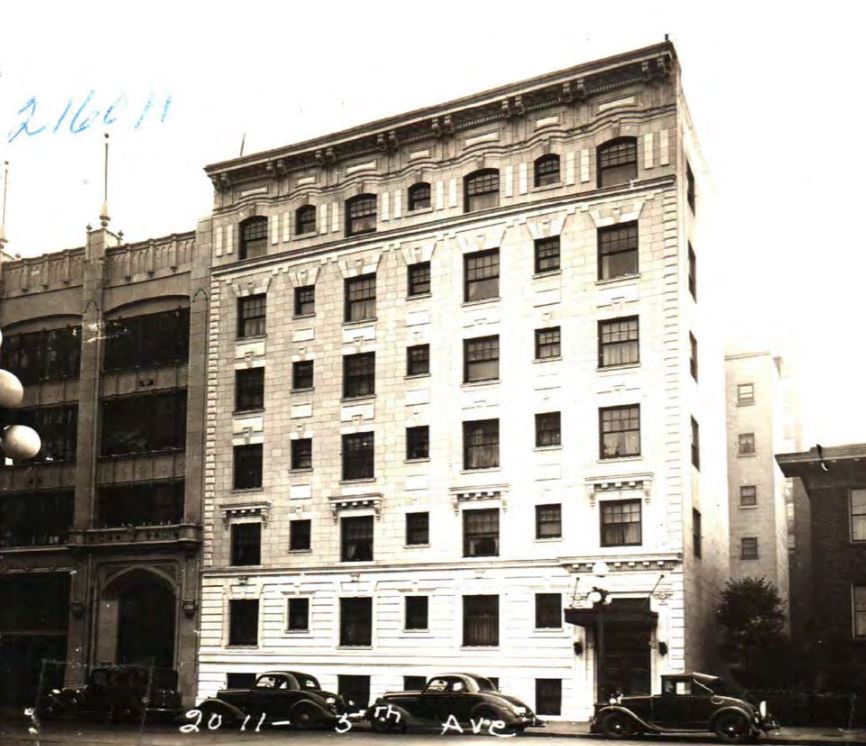 Other buildings in Seattle that David Dow either designed and built or was the general contractor for include:

An anecdote that illustrates more about the attitude of young men on a construction crew at the turn of the century than it says about Dow in particular is that in January 1909 David Dow’s crew was careless while burning their construction debris and set the whole block at 510 First Avenue S on fire. Their burn permit was revoked by the fire marshal, who described the crew as “grossly negligent,” and the fire capable of igniting buildings “fifty feet away.”

Over the years the Dow brothers variously merged their contracting firms and at different times operated independently. Matthew Dow settled in Ballard in 1895, where he became involved in politics and served as mayor of the town for a single term. After the annexation of Ballard, Matthew twice ran for mayor of Seattle before dropping out of the race to support fellow Democrat Judge Moore. He also ran unsuccessfully for a councilman seat on a municipal ownership ticket, which promoted municipal rail and water projects. Matthew Dow was a supporter of labor unions, and his contracting firm employed only union labor.

Matthew Dow’s contracting firm was responsible for the construction of the following buildings:

In addition to the works listed above, Matthew Dow and the Dow brothers have been credited with construction of buildings elsewhere in Washington State, including “A State training School in Chehalis,” and buildings in Alaska and Montana.

The Dow brothers both enjoyed the theater, and singing and dancing traditional Scottish songs and dances.  They were leading members of Clan Mackenzie, the Caledonians, and the St. Andrew's Society. Matthew Dow had a summer home at “Yarrow” on Lake Washington where he threw a birthday party in 1910.