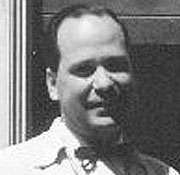 Cummings then opened his own architectural practice in Winslow on Bainbridge Island.  While there he designed a number of private residences and spec houses.  During this time he received his architectural license (TLC No. 363, 1946). By 1953, he had moved his practice to Seattle in order to take greater advantage of the post war building boom.

Cummings design talent was quickly recognized.  He holds the distinction of designing the first “Home of the Month” dwelling for the Seattle Times in January 1954.  The Blue Ridge Drive house designed for the builder N.J. Zorich, created a lasting bond Zorich and several other prominent builders including Richard Lee and W.F. Cook.   Over the next 15 years Cummings provided them with several unique designs for spec houses.

Cummings designs are scattered throughout the city, however many of his nearly 500 known projects can found in the neighborhoods of Magnolia, Queen Anne, Innis Arden and Blue Ridge.  Other projects are located on Bainbridge Island and Mercer Island.

In the late 1960s, Cummings took a job with the state designing and planning health facilities.  Utilizing this experience, he moved to Los Angeles, CA where he served as project director for the architectural firm of Daniel Mann Johnson & Mendenhall, a large international architectural firm, which specialized in hospital and medical facilities.  While there his projects included designs as far away as Guam and Hawaii.  On December 20, 1975, Cummings passed away suddenly in London, while on a return trip to visit a project he was working on for a medical facility in Tehran, Iran.