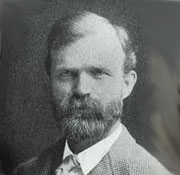 James Stephen was born in Ontario, Canada on March 29, 1858 but grew up in Detroit, Michigan.  His father was a skilled cabinetmaker, and Stephen was also trained in his early years as a cabinet and organ maker.  He received his architectural training through a correspondence course and began his practice in Hyde Park, Illinois around 1885.  He moved briefly to Pasadena, California before arriving in Seattle in June 1889, immediately after the great fire had destroyed the business core of the pioneer town.

In 1894, Stephen joined Timotheus Josenhans in a short-lasting partnership.  The firm designed buildings on the Washington Agricultural College campus (now Washington State University). As economic conditions declined in the late 1890s, Stephen fell back on his cabinetmaker’s skills, working for the Moran Shipyards in Seattle and Alaska.  Seattle School District No.1 hired him in 1899 to prepare plans and specifications for several schools, which was adopted as the "Model School Plan" for later District elementary schools.  Stephen became a School District employee in 1901 and continued in this capacity as the Official School Architect until late 1910.  During this period, Stephen was responsible for the design of over 50 schools.

Stephen's model provided the basis for a flexible and economical approach to school construction.  The wood construction system and standard floor plan facilitated a phased construction process in which an eight-, twelve-, or 20-room school could be constructed and later expanded.  While standard floor plans and interior finish materials were used, the exterior elevations and details of these schools varied greatly and exhibited wood detailing indicative of Stephen’s background as a carpenter and cabinetmaker.

In 1908, Stephen prepared a report on modern school design, construction, and equipment.  This report directly led to the creation and adoption of the second model plan that incorporated fireproof materials including concrete, masonry, and terra cotta.  These new school plans also incorporated modern lavatory equipment.  They were often executed in late Gothic or Jacobean style, then popular. Extant schools that followed the new model were: Emerson (1908-09), Colman (1909), and Greenwood (1909).  As District architect, Stephen also designed the original portions of two of Seattle’s oldest extant high schools: Lincoln (1906-7) and Queen Anne (1908-09, now condominiums).

Stephen retired from practice in 1928 and died in Seattle on September 27, 1938, leaving a legacy of stylish school buildings constructed in numerous school districts around the state.