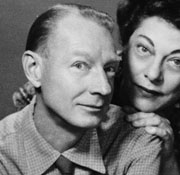 Robert John Stanley “Jack” Paterson was born in Seattle on April 22, 1907 and received his formal architectural training at the University of Washington.  A talented student, Paterson was awarded a $2,000 scholarship in 1928 from the West Coast Lumber Bureau during his junior year of studies. The scholarship allowed him to attend three month at the Fontainebleau School or Fine Arts in Paris for the summer and travel in Switzerland.

Early in his career he was employed by several firms, but most of his apprenticeship was undertaken in the architectural firm of Thomas, Grainger, & Thomas.  In 1934, Paterson was hired by the National park Service (NPS) in Seattle.  He first worked with architect Ellsworth Storey, eventually replacing his mentor within the NPS State Park Division for general architectural work.  Paterson became exceptionally adept at designing in the NPS Rustic Style.  He was directed to work with WSPC Superintendent William Weigle on various CCC construction projects throughout the state.  Known Paterson designs from this period can be found at Moran, Millersylvania, Beacon Rock, Riverside, Twanoh, Mount Spokane and Ginkgo State Parks, as well as at Deception Pass.

In 1943, Paterson married acclaimed water color artist Zama Vanessa Helder, who worked on many federal art projects.  Subsequently they moved to Los Angeles, where Paterson developed a reputation as an “industrial architect.”  Working for McDonald Douglas Aerospace, he specialized in modern airport design.  Patterson passed away in Los Angeles on April 24, 1968 and is buried at the Verdugo Hills Cemetery.