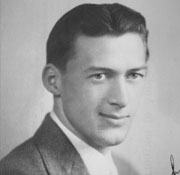 In 1941, Durham rejoined Stuart to form the architectural firm of Stuart & Durham.  The partnership survived ten years until Stuart's retirement in 1951.  After a brief period as principal of his own firm, Robert L. Durham & Associates, Durham partnered with fellow architects David R. Anderson and Aaron Freed, to form Durham, Anderson, Freed.

Beginning in the early 1950s through the 1970s, the firm received considerable local and national attention for their designs for over 200 churches.  Among them was their design for the Fauntleroy Congregational Church, which received a national AIA Honor Award for Institutional Buildings in 1952, the First Methodist Church in Mount Vernon which won in 1961, the Highland Covenant Church of Bellevue placed first in the 1964 Church Awards Competition of the National Association of Evangelicals.  Other notable church design include St. Elizabeth's Episcopal (1956) in Burien and St James Presbyterian (1957) in Bellingham, the Congregational Ezra Bessaroth Synagogue (1969) in Columbia City, and the African inspired sanctuary at Mount Zion Baptist Church (1975).

Although most widely recognized for their church-related design, Durham Anderson Freed's projects also designed a variety of schools, banks, residences, and other civic structures.  Among their best known work is Seattle Fire Station No. 5 (1963), an all concrete structure with a 60 foot tower which received a citation in 1964 from the Prestressed Concrete Institute.  Other projects include the Association of General Contractors' (AGC) Seattle Headquarters Building (1965), SW Branch Seattle Library (1961), Atmospheric Sciences Building on the University of Washington campus (1970), and the master plan for the U.S. Naval Base in Bangor, Maine (1978), master plans for the Evergreen State College and its library (1971) and Horizon Retirement Home, Seattle (1971), and the Main Library (1970) in Richland.

No stranger to civic involvement, Durham was very active within the architectural community both locally and nationally.  A former president of the Seattle Chapter AIA, Durham went on to head the Washington State Chapter in 1954.  As chairperson for Seattle's Municipal Arts Commission, he was selected in 1961 to lead the Cultural Arts Advisory Board for the World's Fair.  . The AIA College of Fellows inducted him in 1959, and in 1961 the AIA NW Region elected him to the national AIA Board of Directors.  At the 1966 Convention in Denver, the national membership elected him First Vice President/President-elect, and in 1967-68 he served as the AIA 44th President - only the fourth West Coast architect to hold the highest elected office in the AIA's.  To date he is the only Northwesterner to have served as the National AIA President. Robert Durham served as Chancellor of the AIA College of Fellows in 1980, and in 1981 received the prestigious Edward Kemper Award for outstanding service to the Institute - becoming the only person to have served as President, Chancellor, and Kemper Award recipient in the AIA's 141-year history. In 1985, he received the AIA Seattle Metal, the highest local honor to an architect, recognizing outstanding lifetime achievement.

In 1975, Durham Anderson Freed/HDR changed its name to reflect their association with Henningson Durham & Richardson, a firm based in Omaha, Nebraska.  HDR maintains a Seattle based office to this day.