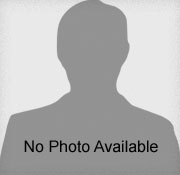 Born in 1858 in Wellsboro, Pennsylvania little is known about the life of Sherman L. Blair before he arrived in Tacoma between 1902 and 1903. At the age of 48, in 1906 Blair began a construction business in the city and worked as both a designer and a contractor until his unexpected death in 1918, at age 60.

Blair specialized in building upper-middle class houses built in Tacoma's North End.  He was  the contractor for several elaborate residences including many designs by prominent architect George W. Bullard.  Blair also is known to have designed several dwellings by himself. Houses designed by Blair are usually either American 4-Square or Craftsman, with the bulk of his work produced between 1906 and 1908.  They include the Lord -Heuston House (1906); the H.G. Rowland House (1906); the W,S, Reynolds House (1906); and the William A. Stewart House (1906).

Perhaps the most prominent of Blair's projects was the Tacoma's First United Methodist Church (1916), where Blair served as construction superintendent. The church, now demolished, was designed by Uniontown, Pennsylvania architect J. C. Fulton.  Dedicated in 1916, it was considered Tacoma's best example of Ecclesiastical Gothic Revival and was a tribute to Blair's carpentry skills.