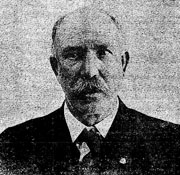 Timothy M. Ryan was one of Seattle’s best known citizens and had a well-established construction firm at the turn of the 19th century.  He and his partner Matt Branigan started in the street grading business in 1881 and they were responsible for constructing many of the early streets in the city.   Among their known projects are the grading of Denny Way and Division Street (later known as 8th Avenue, at the base of Phinney Ridge) and the paving of Yesler Way, Rainier, First and Second Avenues.  Additionally they built "scores of miles of cement sidewalks." 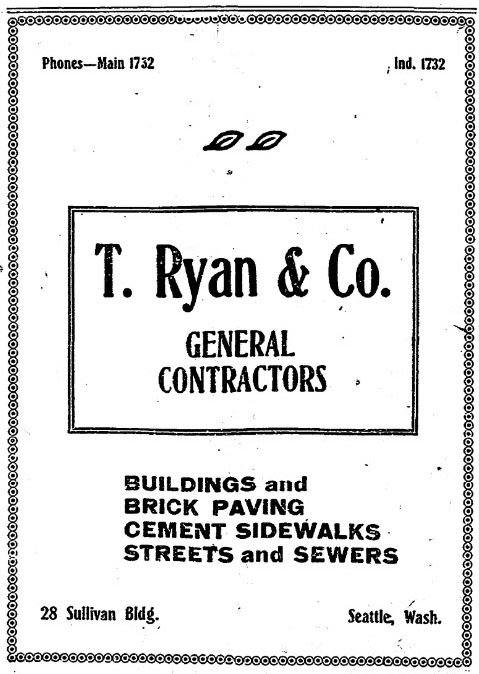 Ryan was born in Ireland in 1850 and came to the United States in 1875 at the age of 25.  In addition to his building career he is perhaps best remembered for serving on the Seattle City Council, first elected in 1892.  Then in 1896, he was elected as a County Commissioner and served as Chairman in 1898.   For several years he also served as the City Street Commissioner.  Well-liked by his peers, they nominated him as a candidate for County Assessor in 1908, but he lost the race.

Ryan and his family had strong connections to the Catholic Church.  Besides being a Knight, he was  reportedly on the construction committee for St. James Cathedral.    His son, Theodore, was the first native Seattleite to be ordained as a Catholic priest (1914).