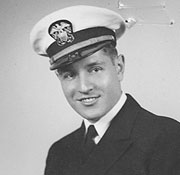 A native of Spokane, Warren Cummings Heylman was born on September 12, 1923 and attended Lewis & Clark High School. He initially went to undergraduate school at Washington State University but was drafted into the Navy.  He was accepted into the Navy V-12 program at the University of Kansas and graduated there with an architectural engineering degree in 1945 under the tutelage of architecture professors Joseph Kellogg and Verner Smith. He was at the top of his class with Tau Beta Pi honors, and was the Scarab Architectural Award winner that year. After midshipman school at Notre Dame, Heylman served as a gunnery duty officer aboard a Navy transport ship in the Pacific. He was discharged in 1946 and returned to Spokane gaining practical experience by working for architect G.A. Pehrson, the firm of Whitehouse & Price, and John P. O’Neil.  Then in late 1950, during the Korean War, Heylman returned to active duty and spent the next two years aboard the tactical cargo vessel, the USS Warrick (AKA-89).

On the day he returned to Spokane, December 1, 1952, Heylman opened his own independent architectural practice. Within a week he received his first commission, a residential design, and a month later he got a job designing a dental clinic. From there, jobs flowed until his retirement.

Projects included the Norman Wells House (1954); Hangman Valley Golf Course (1960); the Lincoln Garden Apartments (1962); the Spokane International Airport (1965 with William Trogdon); the Parkade Plaza Parking Garage (1967); Riverfalls Tower (1968); and the Cathedral Plaza Residential Tower (1971) —  all in Spokane. Heylman is also credited with the design for the Federal Building (1968)  in Wenatchee, and Capitol Lake Towers (1973) in Olympia.

His most controversial project was the Spokane County Social and Health Services Center (1977). The fortress-like building won architectural accolades by his peers, but was greatly under-appreciated by the public. Despite the controversy, Heylman’s playful forms pushed the architectural envelope to its very edge.  Over the years, he was awarded six AIA Spokane Chapter honor awards and received a Concrete Institute Award. Heylman was named a Fellow in the American Institute of Architects in 1983 and was noted for his design work of more than 1,000 projects.

In addition to the recognition he has received for his architecture, Helyman has been recognized for his civic leadership. In 1975, he received the Rotary International Distinguished Citizen Award and was active the Spokane Allied Arts Commission, the Spokane County Fair Board, and the Boy Scouts. Heylman at present is 98 and is retired.

Heylman has been a modern architect all his life. “There was no other choice,” he said in an interview in Lawrence in 2011. “I’ve always been pretty logical and a minimalist. I did what I did.”

In a feature article on Warren C. Heylman in the July 10, 2016 edition of the Spokesman-Review, Mr. Heylman commented that he faced limitations in money and space in projects throughout his career.  “That’s always a good thing to have:  confines,” he said.  “It’s not necessary for a building to look commercial to do the job,” he remarked . . . “I’ve been criticized for some of the things I’ve done.  Doing what you think is right is not always popular.”