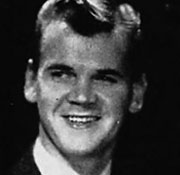 Born in Portland, Oregon on Aug 20, 1927, William Donald Cassady grew up in Vancouver and attended Vancouver High School and Cark Jr. College before enrolling at Washington State University in Pullman.  Cassady graduated in 1952 with a BA in architectural engineering.

Upon graduation worked for the architectural firm of Annand, Boone & Lei in Portland. With practical experience at hand, and having passed his architectural license exam, Cassady decided to open his own firm in 1959 Vancouver.

Cassady was active in the southwest Washington Chapter of the AIA and served as chapter secretary (1965), and chapter President (1967).  He also served on the Washington State Council of Architects executive board.