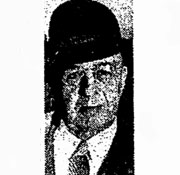 William Richardson Grant was born in 1890 and raised in Detroit, Michigan.  He came to Seattle with his family in 1907.  While his formal architectural training is unknown, by 1917, he was working as a draftsman for the Beezer Brothers, one of Seattle’s more prominent architectural firms.

With practical experience at hand, in 1924 Grant established his own independent architectural practice, locating his office in the Seaboard Building (1506 Westlake Avenue, Seattle).  He designed a number of low-scale commercial buildings in Seattle’s South Lake Union neighborhood in the 1920s, including 513 Dexter Avenue N; 522 Dexter Avenue N; 430 Dexter Ave (1928); 400 Dexter Ave (1930); and a two-story warehouse building at 507 Westlake Avenue North.

After the war, Grant was joined by his son Austin, and the practice was renamed: William R. Grant & Son.  After Grant retired in 1953 his son took on additional partners and the firm was renamed: Grant, Copeland and Chevenak in 1955. 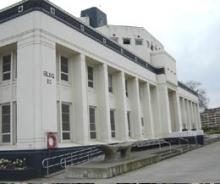 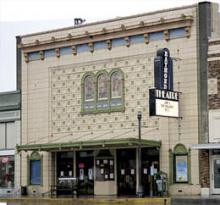