The 2021 winners hail from Kenmore, Olympia, Renton, Pend Oreille County, Seattle, Snohomish, Spokane, and Startup. Award winners in each category are as follows. 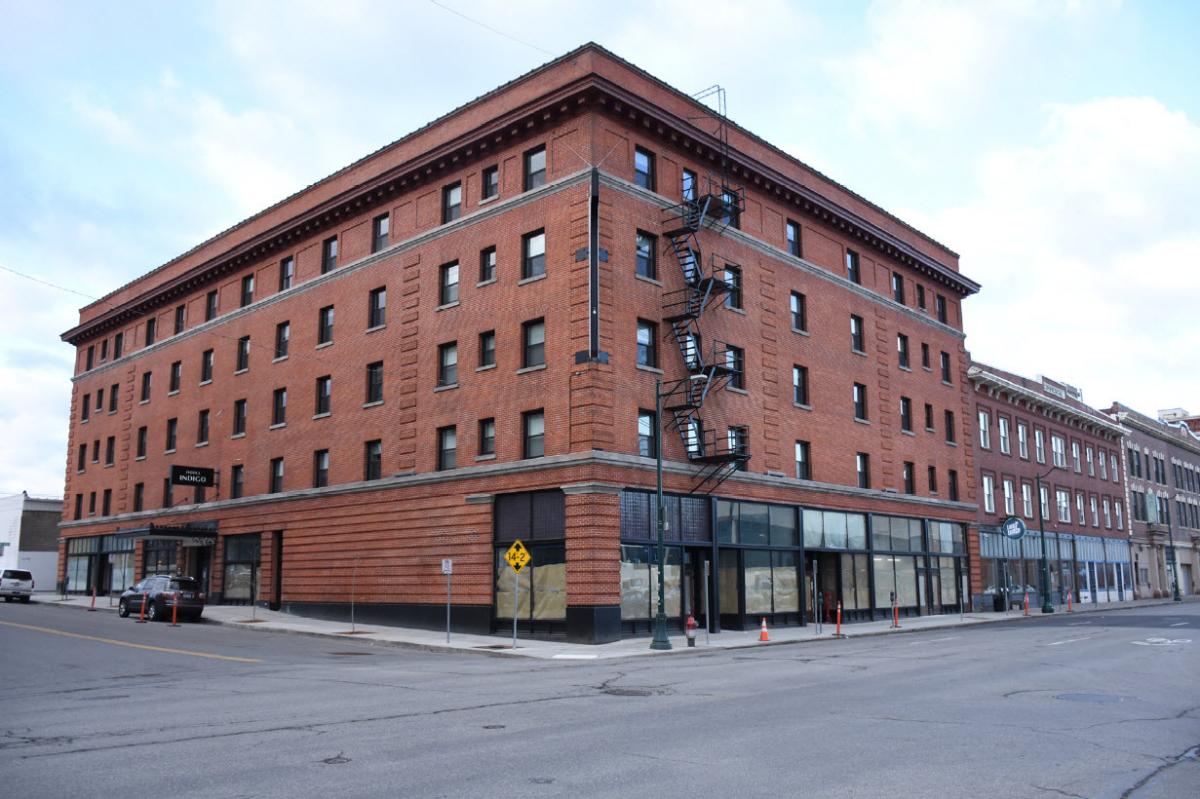 The Dahlin Barn (also known as the Dalkena Highlands Farmstead) owners Derek and Honey Smith are the recipients of the Heritage Barn Rehabilitation Award. Located just outside of Newport in Pend Oreille County, the Smith Family rehabilitated the historic barn using funds from the Heritage Barn Rehabilitation Grant program, part of the Washington’s Heritage Barn Preservation initiative.  Work included foundation repair, roof replacement, siding and barn door repairs, and painting, while maintaining as much historic fabric as possible. For more information and to learn more about the Smiths, go to https://www.dalkenahighlands.com/.

The Preservation Stewardship Award goes to the Sky Valley Arts Council for the rehabilitation of the Startup Gymnasium. The building was constructed in 1937 as a Public Works Administration project but had outlived its functional capacity for the Sky Valley School District and fell into disrepair. For five years, volunteers contributed thousands of hours of hands-on labor to restore this building. Their work included a new roof, siding, and windows, followed by new plumbing, electrical, HVAC, insulation, and dry wall. Today the building is serving the community once again. For more information, follow Startup Event Center on Facebook https://www.facebook.com/startupeventcenter/or https://startupeventcenter.wordpress.com/

Dave and Monica Brethauer are recipients of the 2021 Valerie Sivinski Award for Outstanding Achievement in Historic Rehabilitation. Following their purchase of the F.W. Woolworth Co. Store in downtown Renton in 2015, the building underwent a $2 million rehabilitation effort that includes an interpretation of the iconic Woolworth sign. Originally opened in 1954 and listed on the National Register of Historic Places, the F.W. Woolworth Co. building now houses Boon Boona Coffee. It is also home to several women and minority owned businesses, truly exemplifying the power of historic preservation to be a catalyst for the development of place-based small business. For more information, visit www.cortonallc.com.

Curtis and Mariajose Rystadt are recipients of the Valerie Sivinski Award for Outstanding Achievement in Historic Rehabilitation. Built in 1911 as the single-room occupancy Willard Hotel to accommodate the influx Spokane’s many itinerant workers, the hotel, later known as the Otis, closed in 2007. It subsequently sat vacant for more than a decade. The building was in a dire state of disrepair and had been added to the city’s code enforcement list of most dangerous and delinquent buildings. In 2018, it was purchased by the Rystadts and extensively rehabilitated into a boutique hotel. To help fund the building’s rehabilitation efforts, the Rystads took advantage of federal historic tax credit as well as Washington’s Special Tax Valuation program. For more information, visit https://www.ihg.com/hotelindigo/hotels/us/en/spokane/gegdg/hoteldetail

The City of Snohomish is a recipient of the Valerie Sivinski Award for Outstanding Achievement in Historic Rehabilitation for recently completed renovations to their 1910 Carnegie library building. The building served the community as a library until 2003, when the current Snohomish public library was opened. The building sat empty for several years and had developed, among other issues, puddles in the annex caused by a leaky roof. In its efforts to find new use for the building, the City of Snohomish worked closely with the Snohomish Carnegie Foundation, a local nonprofit run by area residents. Rehabilitation work on the building included removal of an incompatible 1968 addition, repair and preventative maintenance of original terracotta detailing, and bringing the building up to code. The building now operates as the Snohomish Carnegie Educational Center. For more information, visit https://www.snohomishcarnegie.org/events.aspx

Kevin Daniels is a recipient of the Valerie Sivinski Award for Outstanding Achievement in Historic Rehabilitation. Daniels rehabilitated and seismically retrofit the nearly-century-old 90,000-square-foot former Saint Edward Seminary into an 84-room luxury hotel. The new design for the building incorporates original features such as the icebox doors nuns used in their kitchen built into the preparation area. Opened in 1931, the massive building had sat largely unused and had fallen into disrepair since the Catholic Archdiocese sold it  and the land to the state in the 1970s. Daniels formed a public-private partnership with Washington State Parks in 2017, signing a 62-year lease on the 316-acre Saint Edward State Park which will remain open to the public. For more information, visit www.thelodgeatstedward.com.

Ron Chew’s is recognized as a recipient of the Career Achievement Award. He served as the Editor-in-chief of the International Examiner and Executive Director of the Wing Luke Museum. In particular, Chew’s commitment to rehabilitating the East Kong Yick Buildings in Seattle’s International District have resulted in the world class Wing Luke Museum of the Asian Pacific American Experience. For more information about the Wing Luke Museum, visit www.wingluke.org.

Greg Griffith is a recipient of the Career Achievement Award. Griffith was employed with DAHP for nearly four decades, more than 20 years of which he served as Deputy State Historic Preservation Officer. His keen diplomacy made him very effective at encouraging community engagement. Notably, he helped oversee many critical initiatives such as the courthouse, heritage barns, and historic cemetery grant programs, as well as several underrepresented community site surveys.

Paul Mann is a recipient of the Career Achievement Award. Mann has served on the Governor’s Advisory Council on Historic Preservation, on the board of advisers for the National Trust for Historic Preservation, and currently serves on the board of the Washington Trust for Historic Preservation. He has been an active member of Spokane Preservation Advocates, the Northwest Museum of Arts and Culture, and the Spokane Garden Club. He and his wife, fellow preservationist, Janet Mann, are co-owners and residents of the former Ridpath Hotel (1952) in downtown Spokane, which recently underwent extensive rehabilitation utilizing Special Valuation and Federal Historic Tax Credits. For more information about the Ridpath, visit http://liveatridpath.com/

Vanishing Seattle is a social media platform started by Cynthia Brothers in 2016. The project was spurred by what Brother’s recognized as a need to document the Seattle’s fast disappearing historic buildings. Her contribution makes her a recipient of the Media Award. Quoting Brothers, “When I started Vanishing Seattle in 2016, it was out of a personal urge to document the spaces I saw disappearing rapidly around me, and to celebrate the places that give this city its soul.” You can follow Vanishing Seattle on Facebook and Instagram (@vanishingseattle), Twitter (@vanishing206) or their website www.vanishingseattle.com.

This year we will be unable to host an in-person ceremony as has been done in years past. However, the Department will be sharing the success of our award recipients using social media outlets.  Those interested in learning more should follow DAHP on Facebook (@WASHPO) or subscribe to our blog at www.dahp.wa.gov/news-events.