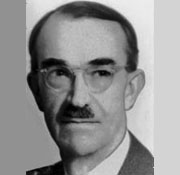 According to family members architect Frank Genora Hutchinson was a highly-conservative, moral person who enjoyed remarkable health well into his nineties. He was a talented artist, skilled architectural draftsman, ambidextrous and spent most of his career making renderings for other architects.

He was born in Morristown, Nova Scotia on November 3, 1872. Reared as a member of the primitive Baptist sect commonly known as Plymouth Brethren, his religious principles forbade card-playing, but he did enjoy a good game of dominoes. His daughter Dorothy said that this conservatism made her childhood a bit difficult, but he was an amazing father figure.

Reportedly Hutchinson studied at the Boston Drawing School from 1891 to 1893.  Some histories note that he was a graduate of Massachusetts Institute for Technology (MIT), however this has not been verified, and other histories state that he did not have an education beyond 8th grade.  Regardless of his education background, according to Polk directories he was serving as a draftsman in Boston as early as 1894. 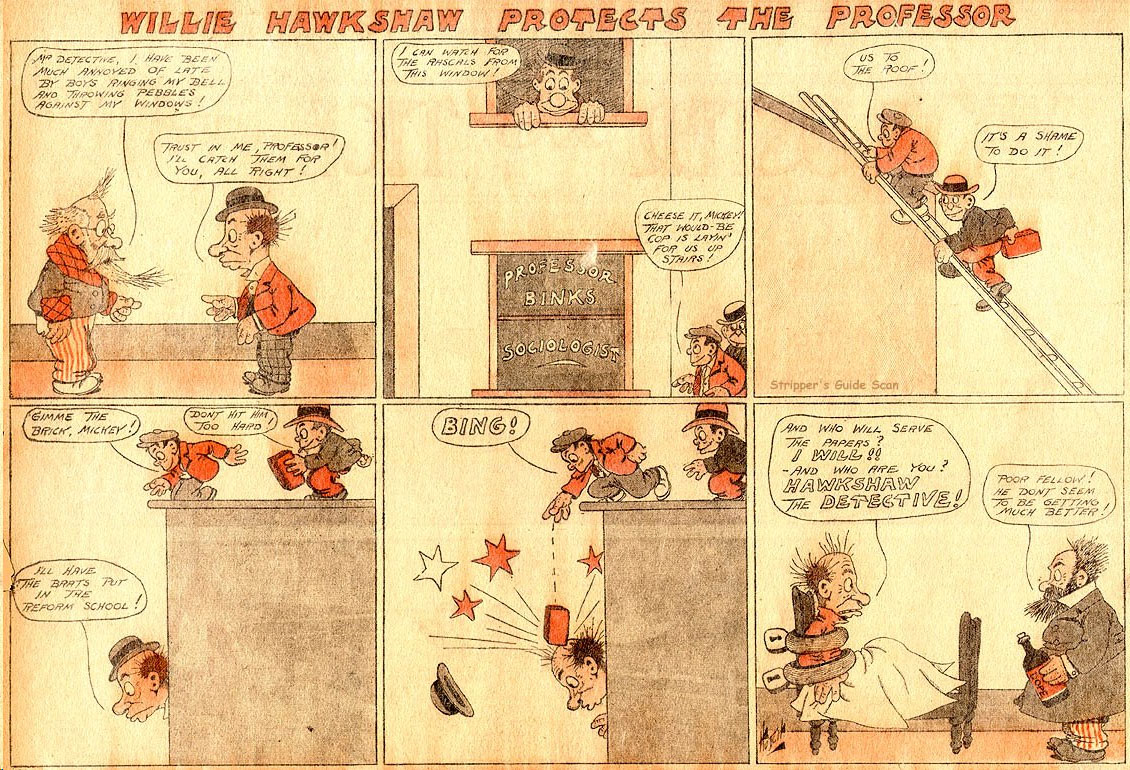 During the early part of his career, using his skill as an artist, Hutchinson supplemented his income by teaching and drawing cartoon strips. His two earliest comic strips were 'Willie Wise, Tommy Tuff and Simple Sammy', (published between November 13, 1904 and February, 26, 1905), and 'Know-It-All Jake', (published between November 27, 1904 and 23 April 23, 1905). They were both distributed by World Color Printing in St. Louis, which provided comics features to a variety of newspapers' Sunday comics sections. For the Chicago Tribune he created ‘Willie Hawkshaw the Amateur Detective’ (August 27, 1905 to April 29, 1906) and ‘Superstitious Sam’ (September 24, 1905 to April 29, 1906).  He also taught night school at Spokane College in architectural drafting and rendering (1907), and became an instructor with the Jenkins Institute (1908) which held classes in YMCA building.

While one of his obituaries notes that Hutchinson worked for the firm of Jacques & Rantoul after leaving the Cutter & Malmgren firm, no such firm existed in Spokane.  It is more likely that he worked independently during that time.  Newspaper articles note that he was the sole architect for the Dr. Morehouse-Williams House (1912, 407 E 14th Ave.); the Charles Marr House (1912, 204 W 16th Ave); the Dr. A.H. Woolson House (1913, 529 w 22nd Ave); the A.L. Porter House (1913, 725 W 20th Ave); the Dr. Emil M. Welty House (1915, 537 E Rockwood Blvd); and the castle-like rock foundation and terrace plan for the C.T. Hansen House (1916, 1520 S Rockwood Blvd. Note later home was built by Victor Desert).  During this time he also contracted out work with other architectural firms to produce renderings for their designs.

With a downturn in the economy, Hutchinson decided to teach architectural and mechanical drawing at Lewis & Clark High School (1919 to 1925).  Still recognized by the architectural community as one of the Pacific Northwest’s most talented architectural delineators, he was offered a job with noted Portland architect A.E. Doyle he then moved to Portland. While there he reportedly continued to teach, offering evening courses in perspective and rending through the University of Oregon extension program.

He remained with the Doyle office for ten years and in 1935 he moved to Salem where he took a job with the Oregon State Highway Department, making perspective drawings and renderings.  He worked for the state for 18 years, retiring in 1953 at the age of 81.  Today the over 100 of his drawings are held in Oregon State Archives.  In 1962 Hutchinson moved back to Portland, where he died on November 18, 1973 at the age of 101. He was buried at the Rose Hill cemetery.