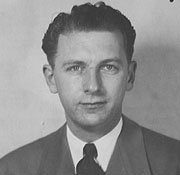 Robert Billsbrough Price was perhaps the most prolific architect in the Tacoma area from the 1950s to the 1970s.  Born and raised in Tacoma, Price began his architectural training at the University of Washington in 1941.  His schooling was interrupted during WWII, where he served in the United States Navy from 1942-46.  Rising to the rank of lieutenant, Price served in England, Pearl Harbor, Australia, India and China.  After the war, he received a Bachelor’s degree in Architecture from the University of Washington in 1946.  He went on to earn a Master of Architecture degree from Massachusetts Institute of Technology in 1948.

Upon graduation, he returned to Tacoma and worked for architect James C. Gardiner before opening his own practice in 1949.  Commissions quickly flooded the office, which by 1956 had grown to six design professionals.  The office included Price’s wife, Joan, who was also a licensed architect and was responsible for many of the interior designs of the firm’s projects.  In 1956, the firm was featured in Progressive Architecture magazine, and was noted as the youngest firm to date to have been featured in the magazine. 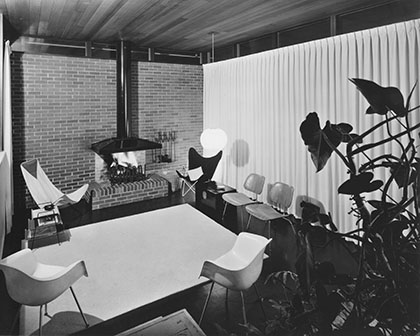 During his prolific career, Price received 59 national, regional and local awards for design excellence.  Among his award winning projects was the Tacoma Fire Station No. 17 (1955); the Joe Long Jr. House on American Lake (1954); Hoyt Elementary School in Tacoma (1958); and his own architectural office (1964).  Many other projects were featured in a variety of magazines including Sunset, House and Garden and Architectural Record.

One of Price’s most notable projects was a 1959 model home for the Glenwood subdivision in Lakewood.  Called “The Calypso,” the striking modern house offered no windows to the street and little landscaping in the front yard.  Instead, the flat roof residence was oriented towards the fully landscaped backyard.  Published in a variety of home magazines for the next seven years, the house was the 1959 honor award winner for the AIA-Sunset Western Home Award contest.

In 1966, Price became the first architect in Tacoma to be honored by being inducted in the AIA College of Fellows.  He passed away in Tacoma on September 8, 1981.