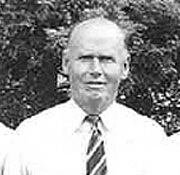 The Blue Book of Home Plans for Home in the Pacific Northwest, Pacific First Federal Savings and Loan Association, 1937.

Tacoma architect Stanley Tracy Shaw was born in Sturgis, Michigan on April 24, 1886. The son of a minister, the family moved to Tacoma shortly after his birth. His father served as interim minister and helped organize Immanuel Presbyterian Church.

Shaw graduated from Tacoma High School, and received his formal architectural training from Washington State University.  He then gained practical on-the-job experience by working for the Western Architectural & Engineering Co. in Seattle.

After his older brother Frederic (who had already established an architectural firm in Tacoma) returned from serving in WWI, the two opened an architectural practice in Tacoma in 1919. Initially, Stanley served as an associate member of the firm. The brothers maintained a partnership until 1929 when Frederic moved to northern California. 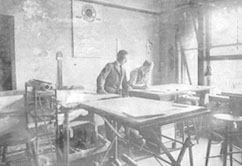 His professional activities included serving as president of the Tacoma Society of Architects. He and his wife, Clara J., were also actively in the civil rights movement, the peace movement, and traveled to Europe in 1950 on behalf of that cause. He was a charter member of the Tacoma Friends Meeting, was a member of American Friends Service Committee, the Pathfinders, the NAACP, and the Fellowship Reconciliation.

After living at 3417 N. 24th Street (a home Shaw designed) from 1919 to 1931, he and his family moved to 2500 N. Lawrence where Shaw had a home office.  He made a number of changes to the two-story 1901 house, adding modern conveniences like an in-house vacuum system, customizing the home with hand-carved monograms and a quote over the mantelpiece, and expanding the home (sometimes using recycled building materials) in order to house three generations who used the residence as a family gathering place for close to 45 years.

Shaw continued his practice, working from his home office, until shortly before his death on July 21, 1976.