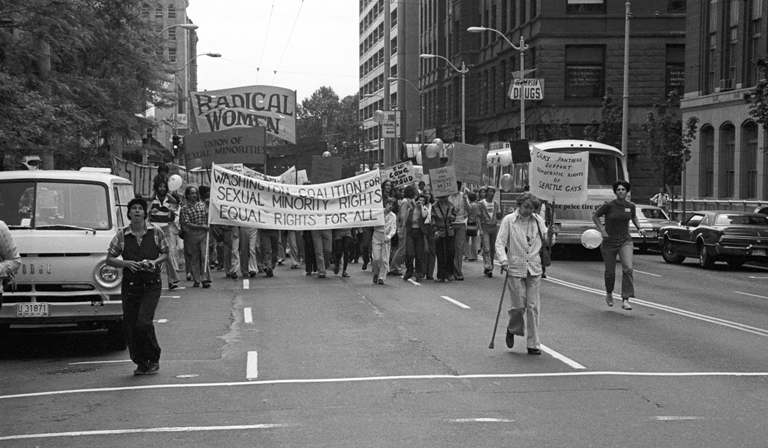 The story of LGBTQ in Washington State is over 130 years in the making.  In the 1880s same-sex relations were of little concern to most residents.  Later, in 1893, they were declared a crime, and in the late 1960s, activists politically organized around same-sex intimacy.  Gay Washingtonians fought for nondiscrimination in the 1970s. Transgender activists likewise fought for inclusion in nondiscrimination ordinances in the 1980s.   From the 1880s through today,Washington's LGBTQ history has been about laws, morality, understanding, cultural and political expressions, and city space.  At the heart of LGBTQ history are people, those who have persecuted same-sex sexuality, those who have challenged heterosexist oppression, and those who wanted to live a life free of persecution and judgment.